Nearly 400 years ago, much of Europe was devastated by the plague and the village of Oberammergau was no exception. In 1633, the villagers made a promise to God to perform a play depicting the suffering, death and resurrection of Christ every ten years if the rest of the villagers were spared from the plague. The death stopped and the play began. In 2022 the 42nd Passion Play will take place in Oberammergau.

Imagine this: Italy, Switzerland, Austria and Germany. You’re not just going to the Passion Play. You’re taking a once-in-a-lifetime journey beginning with the picturesque Italian Lakes District, then winding through the soaring Alps to discover the quintessential European towns of Salzburg, Innsbruck, Zermatt and St. Moritz. And then you arrive at one of the most sought after events in the world. Wow!

Put your travel worries aside as all of the details will be taken care of by a world-class tour manager. All you have to do is show up and soak it all in. 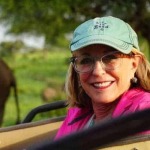 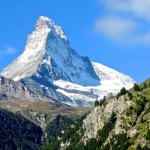 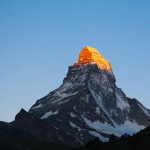 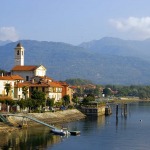 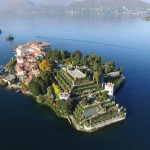 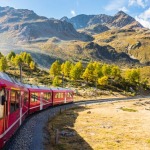 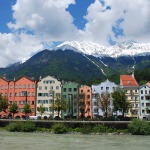 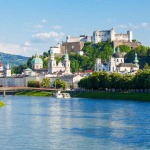 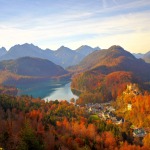 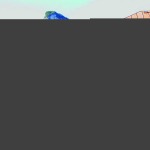 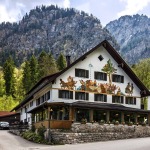 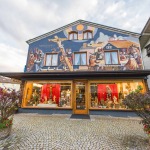 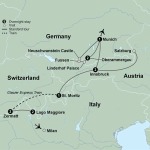 Depart USA
Relax on your overnight flight to Europe.

Stresa, Italy
Arrive at Lago (Lake) Maggiore in Stresa and take some free time to explore this beautiful lakeside town on your own. Your evening begins with a cocktail party in a wine shop before we cruise to our welcome dinner on Isola dei Pescatori, the most beautiful of the Borromean Islands. (D)

Stresa, Italy
Today we make our way to an ancient village nestled in the mountains. Stop at a family farm to learn about the artisan cheeses they produce. Sample delicious creations and discover how to pair them with local wines. Return to Stresa for an afternoon at leisure. (B)

Zermatt, Switzerland
Depart Lago Maggiore for a scenic drive into the heart of the mountains. The incredible views of the Italian and Swiss Alps are sure to leave a lasting impression. Upon arrival in Tasch, board a local train for a ride to the spectacular pedestrian village of Zermatt in the Swiss Alps. (B, D)

Zermatt, Switzerland
Today, Zermatt is at your fingertips. It’s your choice! Tour Zermatt’s best-known landmarks by foot with a local expert; or, enjoy a visit to the Matterhorn Museum where you’ll learn more about the triumph and tragedy behind the first ascent of this imposing peak. The remainder of your day is at leisure. (B)

FEATURED EXPERIENCE:
Glacier Express Train
Traverse bridges and tunnels while aboard the world-renowned narrow gauge Glacier Express, the most charming express train in the world. Enjoy the natural beauty of this route through the heart of the Swiss Alps. Filled with forests, fragrant meadows, streams and deep valleys, it’s a mountain dream come to life. Arrive in St. Moritz, playground of the rich and famous. (B, L)

Innsbruck, Austria
Drive through the picturesque Engadine Valley to Innsbruck, Austria, capital of the Austrian Tyrol. Join a local expert and explore the city’s medieval pedestrian streets including Maria Theresian Strasse, the Hofburg and the Golden Roof. (B)

Salzburg, Austria
Travel the Austrian countryside to historic Salzburg, one of Europe’s most beautiful and romantic spots. Enjoy a leisurely walking tour of Salzburg’s historic Old Town – the Altstadt. See highlights such as the Cathedral, Mozart’s birthplace and Mirabell Gardens. Film buffs will be able to pick out locations from The Sound of Music. This evening, enjoy a delightful Mozart dinner concert at the centuries-old St. Peter’s Restaurant, central Europe’s oldest restaurant. (B, D)

Neuschwanstein Castle
Today we head to the frontier of Germany, crossing the border into Bavaria. Make a special stop to visit Neuschwanstein Castle, Germany’s most famous castle and the inspiration for the castle in Sleeping Beauty. Continue on to the quaint village of Oberammergau, nestled in the Bavarian Alps, your home for the next two nights. (B, D)

FEATURED EXPERIENCE:
Oberammergau Passion Play
This afternoon, witness a performance of the epic Passion Play. The original performance dates back to 1634. During the Thirty Year War, Oberammergau was spared the Black Plague and for this reason, the citizens vowed that every ten years they would give a play to honor the last days of the life of Christ. The performers of this once- in-a-decade event are all native to the village. To lend authenticity to the performance, the cast start to grow their hair and beards more than a year in advance. During a break in the performance, join your fellow travelers for dinner before returning for the remainder of your Passion Play performance. (B, L, D)

Oberammergau to Munich
Enjoy a leisurely morning before departing for the Bavarian capital of Munich. Join a local expert for a tour featuring the Marienplatz, the Glockenspiel and Olympic Park. This evening, gather with your fellow travelers for a farewell dinner at a local restaurant celebrating the end of an unforgettable journey. (B, D)

Tour Ends
Today fly back to the USA, reflecting on your journey though Europe and an unforgettable performance of the Oberammergau Passion Play. (B)

They are an excellent tour company. I have traveled with them all over the world. I love the little extras that they do for you. I started with them in the early 90’s.
- Laura Shaw

All payments can be made by check or cash. 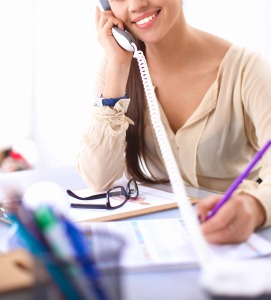 SPECIAL NOTE: Travel outside of the U.S. requires a passport with an expiration date six months or more beyond your return date. If you have a valid passport, please include a copy of the picture page with your completed reservation form. See below for more information on passport application or renewal. The name on your reservation must match the first and last name on your passport. Non-U.S. citizens must consult the appropriate consulates to determine if any visas are needed and are responsible for obtaining all visas and entry documents.